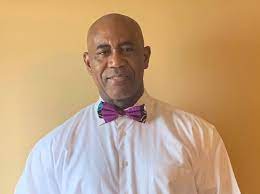 MONROVIA-Top security sources told this paper Wednesday morning that Mr. Isaac Vah Tukpah, Chief of Staff in the office of the political leader for the  Alternative National Congress-Alexander B. Cummings, is safe.

“The man is safe. He is at the border with Immigration officers at the Bo waterside,” the source who declined to be named said.

The source added: “the man was traveling last night at 11:45 pm to Bo waterside. His movement was suspicious. And as a prominent citizen, the security decided to protect him and bring him to Monrovia. It was dangerous for him to travel  at that time.”

It can be recalled  that  ANC sources  said  Mr. Vah’s whereabouts were unknown following a  book publication he co-authored with Emmanuel Clark last year December in which

Vah resigned based on the instruction of Mr. Cummings after a book he co-authored with Emmanuel Clarke that contained unpalatable languages against the first lady of Liberia, Clare Marie Weah.  Madam Weah is a  Jamaican American who has been married to president  Weah for over two decades.

Pages of the book titled: “George Weah: ‘The Dream, The Legend, The Rise to Power’,”  were published last December 2021,  and posted to Facebook by one of President Weah’s staunch critics — Henry Pedro Costa. Costa himself has used profane language against president Weah and his parents on radio and on his social media page. He escaped Liberia a few years ago after he was wanted to answer criminal charges.

REMARKS BY HIS EXCELLENCY DR. GEORGE MANNEH WEAH PRESIDENT OF THE REPUBLIC OF…