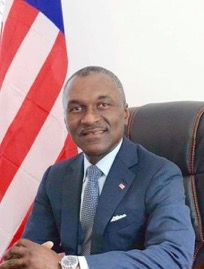 The political leader of the Alternative National Congress (ANC) and Chairman of the Collaborating Political Parties (CPP) has described as ‘unfortunate,’ the musical lifestyle of President George Weah.

Of recent, President Weah has cultivated the habit of singing music, notably reggae music to amuse the public, but such habit has been condemned by Alexander Cummings.

Appearing on OkayFM Monday January 11, 2021, the CPP chairman said the Liberian Chief Executive has failed the Liberian people since his ascendancy to the highest seat in the land.

Speaking further, the ANC political leader said the president’s action is ‘unfortunate’, especially when the citizens are experiencing abject poverty.

Cummings alleged that the Chief Administrator of the country is doing nothing to fight corruption in his government.

“The country is no longer getting better. Liberians should exercise maximum restraint and wait for the 2023 elections to vote President Weah and his CDC-led government out of power,” Cummings calls on Liberians to wait and use the ballot box.

He is very optimistic that during the regime of the Collaborating Political Parties (CPP), the private sector will be hugely empowered to improve the country’s economy.

The CPP is a conglomeration of the four main opposition political parties in the country.

They include the former ruling Unity Party (UP) of former Vice President Joseph Nyuma Boakai, the Alternative National Congress (ANC) of Alexander B. Cummings, the All Liberian Party (ALP) of Benoni Urey and the Liberty Party (LP) of Senator Nyonblee Karnga-Lawrence respectively.

I was between Life and Death…says VP Taylor

I was between Life and Death…says VP Taylor