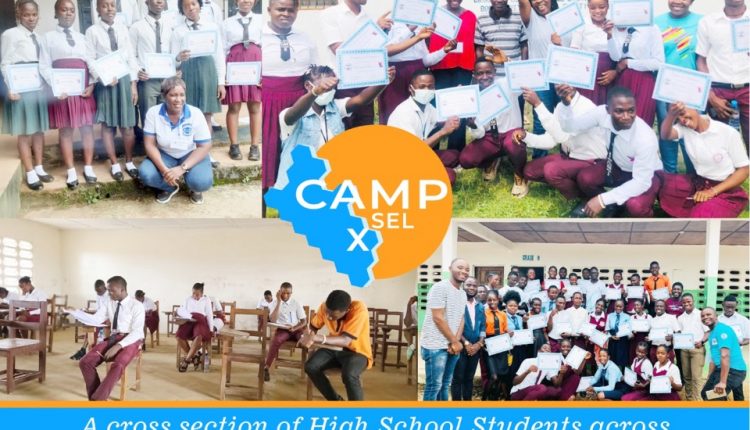 MONROVIA-As a means of motivating students across the country to develop interest in Sciences upon completion from high school, the state-run University of Liberia College of Health Sciences (ULCHS), in partnership with the United States-based partner Universities Yale and Vanderbilt, has begun the recruitment process for the second batch of students Camp xSEL (Excellence in Science Education for Liberia).

Camp xSEL is a project under the auspices of the United States Agency for International Development (USAID) Bringing Research to Impact for Development and Global Engagement – Utilization (BRIDGE–U Liberia), which aims at equipping incoming students with the learning tools for their journeys into pre-medical and pre-clinical studies at the UL.

Speaking to reporters during the recruitment process at different locations in Grand Cape Mount, the Senior Coordinator for Faculty and Students Leaning at the ULCHS Bridge-U Project, Madam Sydell P. Goll, disclosed that project takes in students from 11th to 12th   grades across the country.

“It is the beginning of exposing the kids to the field of Science and to show them light that we, as policymakers, need to do more when it comes to motivating children to love science education,” Sydell asserted.

Upon conclusion of the recruitment process, the UL official noted that the four-weekend intensive camp, which runs from August 1-27 at the Fendall Campus of the UL, will inspire the recruits (students) to develop interest and do Sciences, especially those aspiring to take up career in the medical area (medical doctor, nurse and midwives).

“The recruitment process is being divided into four regions, with the final region which happens to be the southeastern region, concluded by July 13. Those that are in the Nimba and Lofa belt are going to be completing on the 11th of July and we are completing today. So it is based on which region you are. Following the recruitment, the campaign will run from August 1-27,” said Madam Goll.

During the one-month camp, she said the students are taught English, Math, Biology, and Physics and have common interactions with others so as to harness their leadership ability.

Madam Goll described the ongoing recruitment process exciting on grounds that kids are zealous about the program and are scoring good marks; however, she indicated that the process is being hugely challenged as well due to the low number of students that are to be recruited.

But with mechanism being put in place, Sydell sees a brighter future for Liberian kids endeavoring to do science courses upon completion from high school.

Freeman expressed great depth of gratitude to the recruitment team in his county, noting that the process was free, fair, open and competitive.

“It is good to assess them to know their own articulation before taking them to the camp. The project is good because most of our Students don’t like science courses because there are more quantitative works in the science area. Even to have science teachers in the classroom is difficult so I think this program is going to help us to have more students going into the field of science at that level. This is highly motivating,” the Liberian educator stated.

He then called the administration of the UL and its partner(s) to restructure the program so as to have more students’ intake instead of just four from Cape Mount.

Meanwhile, several of the students interviewed expressed great delight over the program and thanked the UL for the innovation that tends to capture students from rural counties to form part of the learning process.

Steven Kieh of the Bo Community Elementary, Junior and Senior High School believes that Science is a way of life for society to grow and as such, he wants to do science as a major following his completion from high school.

“I like student science because it’s good for the society. I want to study Science to help my family, my community and my country.  I want to become a doctor,” he noted.

Philip Tarplah and Faith Kulu of the Robertsport Government High School are glad to be part of the recruitment as they aim to pursue their dreams to become radiologist aqua culturist respectively.

“I am so excited for being selected among the many students to be called for an interview. I think it’s a plus for me and my family. Being part of Camp xSEL is a wish come true because I love Science,” Faith explained amid smiles from her face.

“I love Science because it makes me to feel good. Whenever I am doing, it makes me independent – I concentrate on my own without anyone’s intervention or direction. I do more research on my own and it makes me focus more. I want to be an agriculturist, basically aquaculturist,” she among other things, added.

Great Relief For People With Disabilities