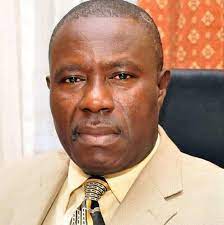 MONROVIA-It  is now clear  that most religious  leaders  are now engaging  into political activities. One  of such is  Rev. Emmanuel Giddings  who has disclosed  to  contest for  the senatorial seat of Margibi County.

Rev. Giddings said   those of his humanitarian gestures that of which were not exposed to the public,   will now be transformed   into tangible for political reward.

Speaking on the truth FM Thursday Rev. Giddings disclosed that he has established a political Movement- the Giddings Political Action Team to reach out  to the communities across the county.

Rev. Giddings  told  the media  that he  is versatile  through  the help  of God  including in numbers of resources on his own,  that will  allow  him  to give back  to the communities  and people .

“I always leaving a mark on the society from my youthful days, in high school I always have this desire to impact society that had no political reason at the time, no desire at the time to gain benefit” he noted.

According to him, his house has been like a public official within the government during his humanitarian work to impact the lease fortunate and those in need over the years.

“God administered  to me that you have spent 20 years  in the church  and you transitioned  into  the private sector , you spent 18 years  , you impacted hundreds of  thousands  of lives across Liberia and you have  the desire of doing more  so  this  is  the perfect opportunity , this crisis in  your life  use it  as an opportunity  to step  to the next level and  the only way you are going  to do it more  is by taking public office” he noted.

Rev. Giddings said everything that he is going to do for the people of Margibi County   is to prepare him for the senatorial bid for the 2023 general and presidential elections.

He said the political leadership of Margibi County especially, at the Liberian Senate is not a difficult jobs for him.

Rev. Giddings said he is  of the conviction that the people of Margibi County to vote him   come 2023 general and prudential elections.