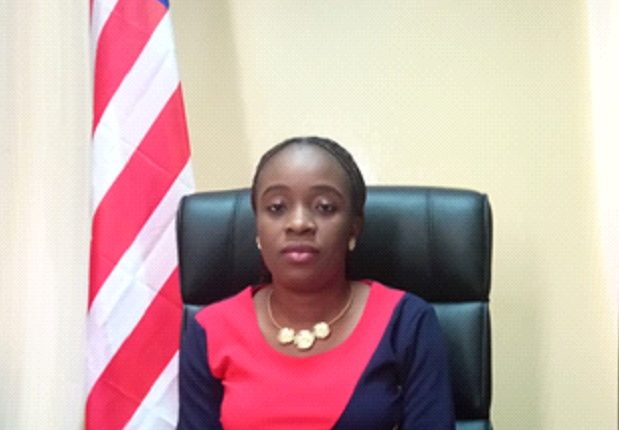 According to the Thursday, December 31, 2020, edition of the paper, the LMHRA was honored because of her strong enforcement of regulatory activities in the year under review.

The respected Liberian media outlet in her selection, noted that the LMHRA is worth commendation because regardless the limited resources, there have been significant progress under a relative short period under the leadership of Managing Director KeturahC. Smith.

The Inquirer in her selection further stressed that despite political crisis at the entity prior to Pharmacist Smith ascendency as Managing Director; howeversince her take over, there has been significant and robust inspection by the Inspectorate Department of the Authority for all pharmacies, medicine stores, pharmaceutical importers, warehouses as well health facilities in and outside of Montserrado County.

According to the Inquirer Newspaper, as a result of collaboration and networking of the authority with other ministries and agencies, under MD Smith’s leadership, the Liberia Revenue Authority (LRA) the National Port Authority (NPA) and the Roberts International Airport (RIA) were able to turn over on several occasions, confiscated expired, sub-standard counterfeit medication and health products from entering the local market.

It can be recalled that though Managing Director Smith inherited a broken system due to some political crisis, she was however with innovation and with assistance of the technical team, strengthened by administrative staff, hit the ground running with the statutory mandate of the entity by ensuring that the country have safe, effective and quality medicines reaching the Liberian people.

Under the innovative leader of Pharmacist Smith, she was able to absorb about 99.9% of staff salaries, including the newly recruited staff on GOL payroll. She was also instrumental through the Board of Directors, in constructing an estimated US$165,000.00 mini-Quality Control Laboratory in Careysburg, Montserrado County.

Also, in the past, little or nothing was heard of or known by the public of the workings of the LMHRA; however, under this illustrious youthful Managing Director and her technicians as well as administrative support staff; there has been installation of billboards, several radio jingles airing, as well asradio appearances and newspaper publications highlighting the achievements, prospects and challenges of the entity, thus so far giving the general public a broader understanding of the workings of LMHRA.

Within a year, under Pharmacist Smith leadership, there is currently a US$165,000 fully furnished constructed mini-quality control lab with funding from percentage service revenue generated. Also, the lab has transitioned from just visual inspection to physiochemical testing by procuring of chemicals and reagents.

Meanwhile, Managing Director Smith has commended the management of Inquirer Newspaper for the recognition and further promised to use the award to be more robust in the coming years.

She vowed to ensure that the LMHRA will remain robust in her inspection, registration and testing of all medicines and health products brought in the country.

Pharmacist Smith also assured that the LMHRA will ensure more collaboration with other Government entities especially the Liberia Revenue Authority and Liberia Immigration Service (LIS) as well other ministries and agencies as well as the public to ensure that counterfeit, sub-standard and falsified medicines and health products are raided off Liberian market.