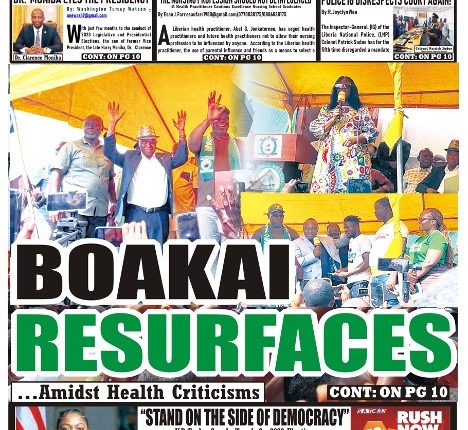 MONROVIA- In the wake of harsh criticisms over his “appalling” health conditions, the former Vice President and Standard Bearer of Unity Party, (UP) Ambassador Joseph N. Boakai has for the first time appeared in public.

The former Vice Boakai walked through the crowd at Unity Party’s Headquarters in Monrovia as the party’s members were in a state of jubilation.

Members of UP mentioned that they were misled by the public about the ill health of Amb. Boakai.

“Your leave us, it is Joseph Boakai we want. We put you there, we will take you out. They lied to us say the papay is sick, he can’t walk. The mistake we made in 2017, we are ready to current it”, partisans said.

As they began to heap praises on their Standard Bearer, he mounted the podium in preparedness to address the huge gathering.

The former Vice President was seen dancing on the stage in a bid to showcase his physical capability. But his dancing was not as strong as he used to be.

The program, according to the Secretary-General of UP, Amos Tweah was to dilute the falsehood being spewed out in the public indicating that Amb. Boaka’s health conditions have deteriorated.

Some Liberians believed to have crossed over from the ruling Coalition for Democratic Change, (CDC) to the Unity Party has mentioned that they have been living in sub-human conditions, and the Leadership of President George M. Weah has failed the ordinary Liberians. 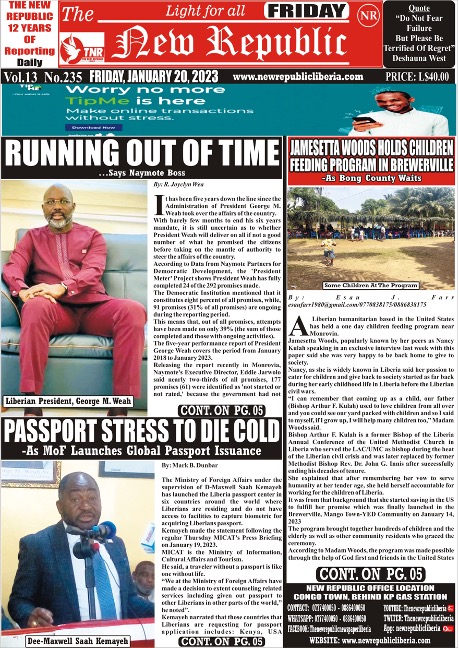 Speaking during the program, the Political Leader of the Liberty Party, and Grand Bassa County Senator, (LP), Nyonblee Karnga Lawrence mentioned that illness is a normal health phenomenon.

“I told Ambassador Boakai that I was sick more than him, but he was more dependable to every one of us so -my illness was never noticed, ” she said.

The Liberty Party Political Leader noted that the former Vice President was the candidate the opposition community has been depending on to unseat President George M. Weah in the impending and crucial Legislative and General Elections. But up to now, the opposition is not united according to some critics.

Senator Lawrence noted that Boakai’s illness has increased the momentum for the upcoming Elections.

The Grand Bassa County Lawmaker was unclear as to whether the Political Leader of Unity Party will pick her as his running mate.

She called on the newly joined members of the UP to serve as ambassadors to mobilize more members for the party.\ “2023 is a rescue year”, Madam Lawrence added.

In a brief statement, Amb. Boakai promised to rescue Liberians from the hands of CDC.

“2023, the much-talked-about election year has come and much is expected between now and November.

“Political marriages will break and new marriages are expected to be entered into” the former Vice President noted.

“STAND ON THE SIDE OF DEMOCRACY”