Liberia Has Not Reach 45K Target 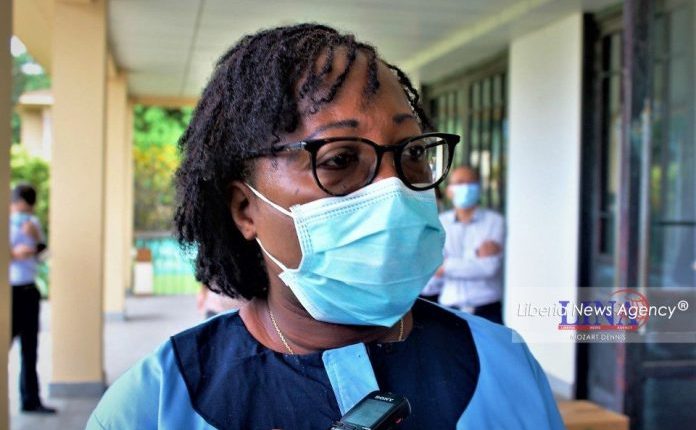 MONROVIA–Liberia’s Minister of Health, Wilhemna Jallah says the country is yet to reach its target of 45 thousand for the first batch of the COVID-19 vaccination and is encouraging Liberians to keep taking it.

She was recently reacting to rumors that the administration of the vaccination timeline has expired and that nobody was  to take it until a new consignment arrival  in country.

But responding to rumors, the Health Ministry indicated that the total of 96,000 (Ninety six Thousand dosages that Liberia received, were divided into two to enable each person get two dosages of then vaccine.

Earlier, authorities at the Ministry of Health announced a deadline, setting to the 9th of May to have reached their targeted number of 45,000, but it did not work, something which made Liberians to speculate   that the time for the administration of the COVID 19 vaccine has ended.

The Health Minister responding to the May 9,2021 deadline issue,  said that they have previously announced a deadline with the thoughts that they would have reached the targeted number of 45, 000 (Forty Eight Thousand) before their projected deadline, but it did not work as expected according to the Health Minister.

She said, “Since we have not reached the target of 45,000, the vaccine is still ongoing until we meet the target.”

She added: “We are speaking to Hospitals and places they are vaccinating people that there is no deadline again, continue to vaccinate people to make sure we reach the 45 thousand to enable use get our second batch.”

When the vaccine is administered, a card is provided to enable those who have taken their first dose to have access to the second dose when it is available, but one of the complains has been that most of those centers that the vaccine is being administered have gone short of the cards and that when a person takes the vaccine, the normal hospital card is given.

Dr. Jallah in her response to the issue of the shortage of the cards, she said they have put into place means to have the cards at those various points the vaccination is being administered.

Additionally, Dr. Jallah said Liberia as a country has done with the administration of the 96 thousand doses of AstraZeneca vaccine they received adding that the country is expected to get a second batch of the vaccines to ensure that Liberians do not suffer from COVILD -19 as it is in other countries.

May 6,2021 was the day Liberia received 96,000 COVID-19 vaccine doses shipped via the COVAX initiative, a partnership between CEPI, Gavi, UNICEF and WHO.

The arrival of the vaccines in Liberia is part of the historic step towards achieving the goal of equitable distribution of COVID-19 vaccines globally, in what will be the largest vaccine procurement and supply operation in history.

In addition to the vaccines, Liberia also received 97,000 syringes and 600 safety boxes that will be used for the administration and disposal of immunization waste.

The arrival of the 96,000 doses of the AstraZeneca vaccine, manufactured by the Serum Institute of India (SII), marks the first batch of vaccine shipped to Liberia by the COVAX initiative as part of its unprecedented efforts to deliver at least 2 billion doses of the vaccine globally by the end of 2021.

Commerce partners with UNDP to launch youth eco-brigade to…