General Johnson in early 1990 visited the former president Samuel K. Doe at the Barclay Training Center(BTC) and extended an invitation to him. During the visit which was held under tense security, Evangelist Milton Blayee said, he had told  his assistant, General Taylay  for them to kill Gen. Johnson because he knew  that he had  bad intention for former president Doe.

“I knew what was going to happen if we had not killed him.  But when we told him, he refused,” he said.

“When  Prince Johnson went into the barrack, Taylay and myself insisted that we should kill him; that he should not go out. For me, I saw the different things he did. Because the spiritual things are just like channel. You can jam this channel and open a new channel,” he said.

Then he continued: “And when he(Prince Johnson) came, he jammed my ‘frequency’ under  my control. That is, I saw he came to do wrong and he should die. When Taylay went to take the action under my instruction, he(former president Doe) told him to stop. He(Doe) was not just the president, but a commanding general, a president and also a priest. Taylay was a low ranking officer and so he listened.”

Evangelist Blayee said he was  born  a  priest.  “My father could have been a priest, but because of his status(which he did not disclose), so he  went into arrangement that he will send his first son. I was not his first son. The first son was by a Lorma woman and they (those in the dark world) rejected him that he needed the person from the south east, the Sarpo Krahn tribe. So, they insisted that he has a woman from the Sarpo tribe. That is how I was born. I was raised to be a priest.  At the age of 11 years, I became a priest.  As a Spiritual advisor to the late Samuel K. Doe,  I came to defend Doe and the tribe(Kahn) . I came to  town with Nynplue Taylay and one Barway and old man Swen, Apolo Swen’s father.” 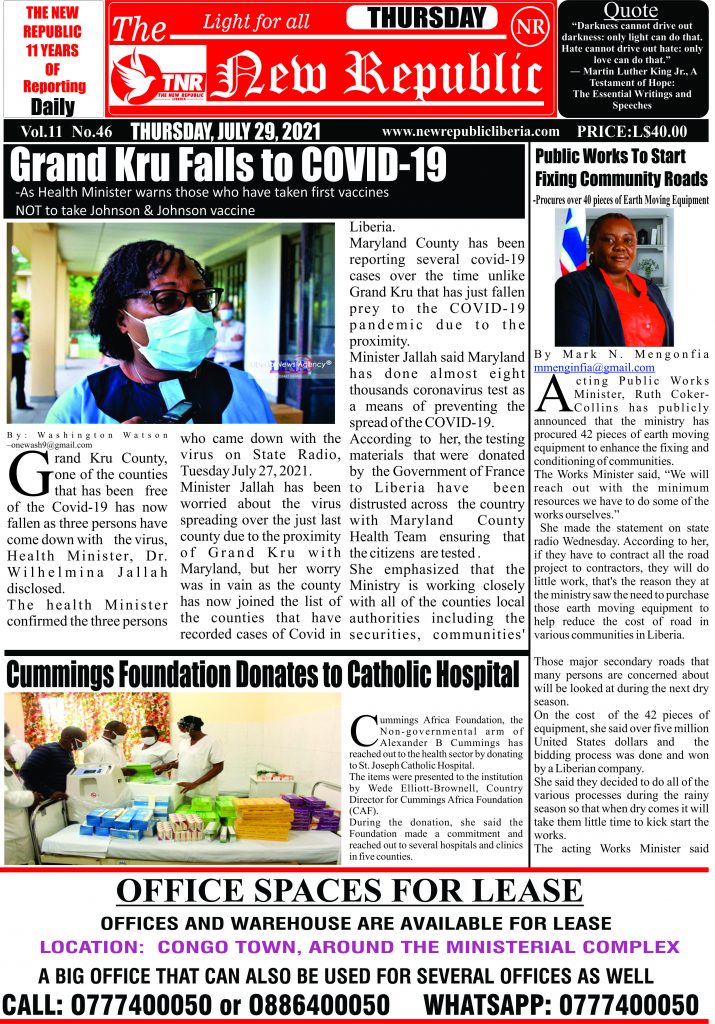 According to him, he was 17 years of age when the war started.  “Some of the tribes came to me for protection; we were given gun proof and other things,” he continued.

So, when the rebel group, United Liberation Movement (ULIMO) divided due to policy difference, he joined the other faction headed by the late Roosevelt Johnson (ULIMO-J). The other group was headed by Alhaji Kromah (ULIMO-K).

“When the ULIMO split, I went to help them to places where they could not penetrate, I went there to help spiritually, to give them protection over physical weapons.”

According   to him, he was  attended school  in the  dark world. “I was not just recruited, but I was schooled as a witch at the age of seven,” he explained.

Ex-rebel leader Johnson later killed Samuel K. Doe in September 1990 following a return visit to the Free Port of Monrovia. Johnson fled into exile in Nigeria following the arrival of the West African peace keeping Force, ECOMOG. He returned later and contested for senatorial position for his home county, Nimba. He has been senator for Nimba since 2005.

But  with all these, he is calling for the establishment of war and  Economic crimes in Liberia . “I am guilty already.  I will not need any witness to testify,” he said.

Due to that he did, he said tells his children of his records, but  through an explanation of a cartoon from the age of seven. When they  are at the age of eleven, he discloses to them  that  the cartoon he had earlier told the story to them, was him.

According  to  him, one of his daughters holds the view that he should be investigated, which he agrees.